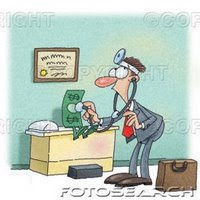 Politics and business do mix
News of the business world in Maputo beats to the rhythm of the creation of companies in which former dignitaries of the Frelimo (ruling party) are shareholders, along with their offspring or even ministers still in the exercise of their function. There is no taboo about mixing business with politics and the example comes from on high since the present President, Armando Guebuza, is also a prosperous businessman. Foreign investors and local businessmen alike hunt for partners who are well-connected in the political circles.
Good connections. The businessman Chivambo Samir Mamadhussen, who shuttles back and forth between Mozambique and South Africa, has a gift for finding Mozambican dignitaries to partner him. Already last year he had created the firm Superior Entertainment Ltd (specialised in producing musical events) with as a minority partner (with 10%) the present Minister for Foreign Affairs, Alcinda Abreu. He is back again today in partnership with the firm Whatana Consultores, part of the group of the same name (ION 1183) created in April 2006 by Malengane Machel, the son of the late President Samora Machel, and his henchman Nuno Quelhas. This new joint venture, called Blue Trading Lda, is specialised in import-export and representing firms. Its equity is made up of Whatana Consultores (60%) and Mamadhussen (40%). The latter is also the owner of Superior Holdings whose web site was produced by Twin Mode, the company which produced the site for the Whatana Investment Group (WIG) and which is owned by Ntanzi Carrilho and Dziwani Monteiro (ION 1169).

Parents and offspring. Other businessmen have also taken the children of Mozambican dignitaries for partners. Thus, Paul Lourd has just created a property investment firm called Oaktree Investments Lda together with Celso Muthemba, the son of the Minister of Fisheries Cadmiel Muthemba, and Pascoal Mocumbi Junior, one of the sons of the former Prime Minister of Mozambique. This firm would appear to already have a plan to form an alliance with two other local companies to create the Sociedade Moçambicana de Energia Lda, a new company which wants to go into the exploration and commercialisation of oil, renewable energy and biofuel. Nyimpine Chissano, the son of former President Joaquim Chissano, who has gone through a difficult time these last few years, has just created with his wife, the actress Cândida Isabel Taula Bila, the firm Grupo Equador specialised among other things in beauty care products. Miguel Nhaca Guebuza, the brother of the current Head of State, is already a shareholder in several companies. He has also created a new one under the name Englob-Consultores Lda of which he is the main shareholder with 31%. This consulting company for the construction industry and urbanisation work of all sorts has three other partners: Joao Alexandre Mondjana (20%), Tendai Mavhunga (24.5%) and the Zimbabwean Bennox Mugabe (24.5%).

Frelimo dignitaries. While the former Deputy Minister of Defence Antonio Hama Thai prefers keeping his business in the family (ION 1199), the present Ambassador to Zimbabwe and former Chairman of Electricidade de Moçambique (EDM), Vicente Mebunia Veloso, has just found some new partners to create a company at Quelimane, in the Zambezia Province, his birth region. He has created Companhia Agro-Industrial de Moçambique Lda (Caimoc), in partnership with African Continental Resources and with Sociedade Agro-Pecuaria do vale do Zambeze (SAPVZ) whose largest shareholder is Sogir, an offshoot of the government organism Gabinete Plano do Zambeze (GPZ). The former chairman of Banco Austral and former Minister of Industry, Octavio Muthemba who is still a member of Frelimo and whose brother is the present minister for fisheries, has just participated in the creation of the firm Bruno & Lopes, Moçambique Engenheiros Civis Associados Lda, specialising in the electricity sector. He has done so by forming a partnership with two Portuguese companies (Bruno & Lopes Engenheiros Civis Associados and Braver Imobiliaria e Construçao) and with the firm FFF Lda which is the subsidiary of another firm in which the present Minister of Tourism Fernando Sumbana Junior is a shareholder.
Indian Ocean Letter - 27.10.2006